The recently released interactive gaming cubes from Sifteo speak to a vision dating back to Mark Weiser’s 1991 “tabs, pads and boards” where tabs are inch-sized machines that approximate active Post-It notes and act as “an extension to computer screens: instead of shrinking a program window down to a small icon on the screen, for example, a user will be able to shrink the window onto a tab display. This will leave the screen free for information and also let people arrange their computer-based projects in the area around their terminals, much as they now arrange paper-based projects in piles on desks and tables”.

The cubes 1.5″ block contains a clickable LCD display, motion sensors, and USB radio connectivity coupled with a developers SDK and store platform open to third-party games on the backend. This combination enables the cubes to become much more than the sum of their parts by leveraging its platform to provide expanded ways to engage with the objects.

The possibilities of the cubes acting as extensions to other interfaces also seems to be on the companies mind after presenting at the October Android Open Conference (Video Below) and showing a brief demo of the blocks wirelessly linking with an Android tablet.

So far the platform includes Tetris-esque games like Chroma Shuffle where you tilt the cubes and rearrange them to match the colored dots aligning across the cubes, as well as educational games like Word Play that function through arranging the cubes in proper sequences. More experimental games like LoopLoop that use the blocks connections and movements as a way to create music compositions are also now being released.

We recently had the chance to ask the Co-Founder and CEO of Sifteo Jeevan Kalanithi about their product and where they see the cubes leading them.

Can you speak to the vision of how the company views the Sifteo Cubes fitting in with other physical computing devices (ie: Arduino, Android Accessory Development Kit (ADK), etc)?

Jeevan: We have no particular announcements to make with regard to how Sifteo cubes may interact with devices beyond the PC, but we’re very interested in how, in the future, they might link up and talk to all the other intelligent objects in people’s lives.

Speaking at a high level, we believe that inch scale computers – devices that, just like dominoes, post-it’s, coins, we manipulate in groups, in the real physical world – represent a new and rich form of human computer interaction. We feel like these devices will want to seamlessly interact with other devices that are well suited to the “human spec sheet” – things like tablets, mobile devices and even wall-scale interfaces like Oblong’s Mezzanine or console systems like the Kinect.

Also – with the Sifteo cubes SDK, people can begin prototyping all kinds of cool interactions and prototypes, using a computer as a bridge to other devices – we’re excited to see the results!

Whats the most unexpected or surprising use of the cubes you have seen people do or try to do?

Jeevan: Good question! Very early on, when we were still graduate students, one of our friends built a very cool application that used the blocks to represent characters in a cartoon environment displayed on a TV. It seems obvious now to incorporate our devices into interactions with other systems – like TVs and so on – but we hadn’t yet thought much about how sifteo cubes would interact with other devices up until that point.

But in general: we ain’t seen nothin’ yet. I am psyched to see our users make some very cool stuff; I know it’s already happening and I’ve seen some tantalizing photos of apps in development. It’s really early so I have yet to see one of these apps demo’d for me live, but I very much look forward to that.

Any quick thoughts on gaming and its role in the Internet of Things?

Jeevan: Huge. Gaming may shape the first real commercial forays into the Internet of Things. Games have proven over and over to be the staging area for new technologies and new interactions. The first home computers were really game systems like the Atari. The PC itself owes a huge debt to the success of the Commodore 64, which was used in large part for games. You can draw a straight line from early game portables like the Game Boy to today’s mobile phones. Gestural interaction enjoyed its first great success with the Wii and now the Kinect.

Sometimes technologies incubate in R&D, then enterprise, then consumer – but not always, and maybe not even usually. People are ready to experience new interactions first as fun before they’re ready to replace their pre-existing, known (potentially dated) tools. So new technology is often deployed first to the consumer.

So, I see games and play having a huge potential role in activating and connecting the physical objects in the world around us, and paving the way for broader application across the range of human experiences.

If you want to pick yourself up some Sifteo Cubes for a holiday present they are now available to buy online, or you can follow the companies latest developments on their blog: http://blog.sifteo.com/ or at @Sifteo. 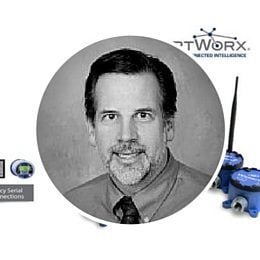 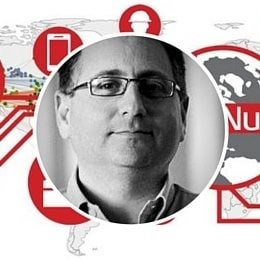